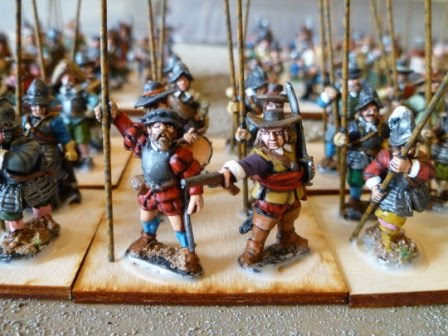 One morning on the Spanish Road in Flanders

About 2 years ago a mutual friend and gamer moved to Washington state, and pretty much gave up his entire gaming collection. At the time I purchased a fairly decent sized Napoleonic Prussian Corps from Tom.
The army consists of 11 infantry battalions, 3 cavalry regiments, 4 artillery batteries, skirmisher stands, and a stands for army generals and other commanders and aide-de-camps.
These figures are from a exceptional manufacturer Calpe. Top of the line miniatures. The miniatures are painted for the most part, but are not of a high standard paint scheme.
I contemplated for a while to come up with a Prussian army for my collection. I spoke to Edgar, one of our gaming friends, and tried to have him collect a Napoleonic army. Although interested, he did not wanted to start such a project due to the number of figures involved. I was able to persuade him by making him a good offer to take the Prussians and collect them for future gaming.
Attached are pictures of what the army looks like.
Have fun Edgar! I hope to see you on the Napoleonic gaming table soon. They are ready for pick-up anytime. 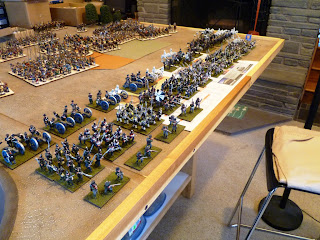 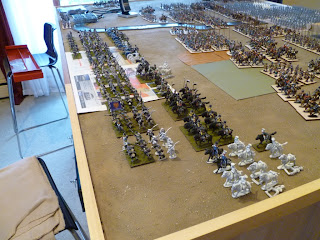 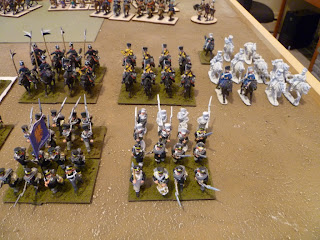 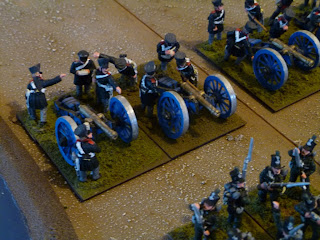 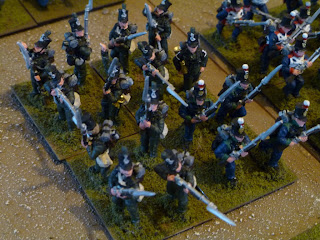 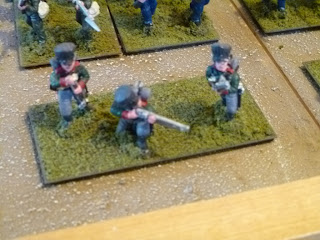 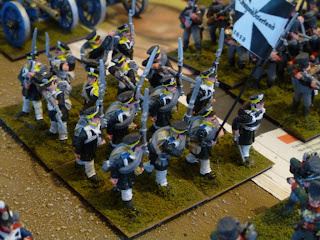 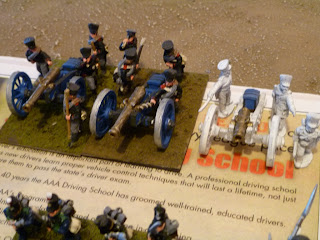 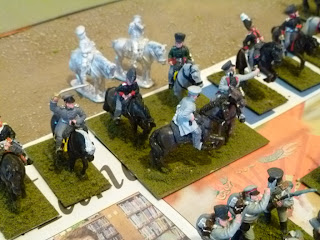 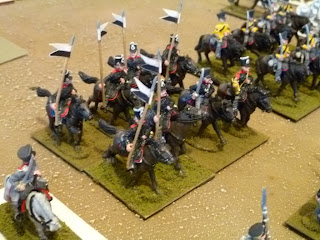 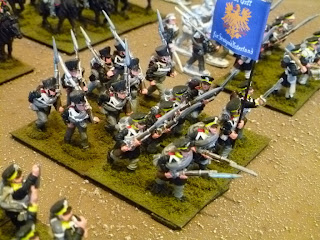